Amidst all the Congress bashing, Chauhan took his focus on praising and celebrating the youth in his state who cleared Chartered Accountant final results, Mama congratulated Nandita Masand and Garvit Jain on his official account on Twitter.

Garvit Jain is a resident of Dewas, who topped the Chartered Accountant Foundation examination by securing 93.5 per cent. Whereas Nandita Masand is a resident of Bhopal, she secured equally good percentage and a rank in the CA final exam.

This means, “Achieve success my children and take Madhya Pradesh forward. Best wishes for a bright future for all successful candidates“, he posted on his social media.

After losing Assembly Elections, mama had to say something to everyone in general, “Don’t think mama has become weak”.

He then went on to assert that in the upcoming Lok Sabha polls, the BJP will at least win 27 out of the 29 seats in the state. 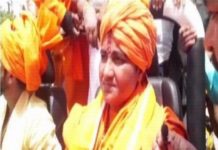 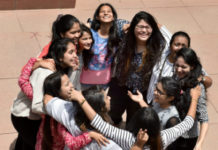 Barkha’s ‘We The Women’ Graces Bhopal