This world is standing on the threshold of catastrophe. In such a case, it can be requested that there should be no world war again. If this happens, then on every side there will be a problem of catastrophe. This concern is also so much that the world’s well-known prophet Nasseridam has long predicted that the third world war would be in 2018. Nostradamus had said that this third world war would be between two directions. That is, the Third World War will be between East and West.

The world’s greatest nuism, i.e. predictor, has been predicted that third world war will be in 2018. According to this prophecy, the Third World War will be between two directions rather than two and more than two countries. That is, between East and West. This world war will be so intense that after its end, only few people on this earth will survive to enjoy peace. However, it is not necessary that the prophecy of Nostradamus is true. It has happened before.

There are 15 thousand atomic bombs in the world

All the countries of the world have stored their own catastrophe. At present there are more than 15 thousand atomic bombs in the whole world. Each of these bombs is enough to turn a whole city into a Crematorium. At the Japanese city of Hiroshima and Nagasaki, the United States had destroyed the atomic bomb. If that happens in the whole world then no one will be left alive to see it.

Both sides are strong

But seeing the current conditions of now, it can be said that if there is a world war then it can really happen between two directions. Because on one side, the US and its allies are NATO countries, on the other side, China and Russia are seen as shields for North Korea. If the arms of these two sides are kept face-to-face, then they are seen equal.

Many countries on both sides

Through a possible figure, understand which direction all the countries with nuclear weapons are growing in the direction? With France, France, England and Israel can be seen standing. So China and Russia can stand with North Korea. So let’s see who has so many weapons.

Figure of arms of both factions

India and Pakistan have not been included in this list as it is not clear what will be their stance in the situation of war. But if both countries have a lot of nuclear weapons, then India has 130 atomic weapons, while Pakistan has 140 nuclear weapons.

Missile that rotates around the earth

Imagine if 2 atom bombs had worn two cities in Japan, then what would be more than 15 thousand atomic bombs? In fact, only a few people will survive to see the peace in a world war. That’s because these countries also have such missiles that can take the whole earth around nuclear bombs.

Missiles can go up to many thousand kilometers

Only a button will ruin the Earth

That is, America’s missile can reach every city of North Korea and North Korea’s missile can reach every city in America. This is also the case with missiles of the rest of the country. And the thing to be cautious is that the heads of the missiles in all these countries keep the buttons of their missiles in their own tables and briefcases. Which means it will take only a button to press if the World War begins and that will destroy the earth. 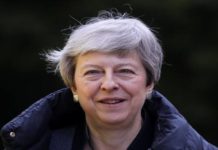 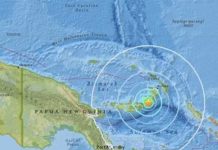 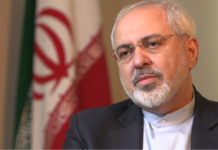 Is ISIS Really Defeated or Will Middle East Face...

Rare: Snowfall in Sahara desert for the third time...