Diabetes typically presents in childhood or early adult life. It can be distinguished from type 2 diabetes by the presence of immune and genetic markers of immune-mediated disease, and delayed diagnosis may result in diabetic ketoacidosis. Immunological changes appear many years before the clinical onset of diabetes, and the condition may respond to immunological intervention in its early stages. The incidence of type 1 diabetes is increasing rapidly worldwide, although it is most common in people of European descent. It is characterised by loss of most (but not necessarily all) of the insulin-secreting beta cells in the pancreas, and therefore requires insulin treatment. The risk of late complications of diabetes increases with cumulative exposure to elevated blood glucose levels, and treatment that returns circulating glucose to near-normal levels protects against these long-term complications. Prospects for future therapy include early prevention, islet or stem cell transplantation, regeneration of surviving beta cells and gene therapy.

The classic childhood form of type 1 diabetes[a] affects 1 in 250–350 people in western countries by the age of 20 years. Presentation is typically acute in children, with a history of thirst, polyuria and weight loss extending over several weeks; a proportion (now well below 25% in most countries) will present with diabetic ketoacidosis. Occasional deaths still occur when diagnosis has been delayed, particularly in the very young.

Replacement therapy with insulin sustains many millions of people but fails to restore normal glucose homeostasis. It therefore reduces but does not abolish the risk of late microvascular and macrovascular complications of diabetes. There has been steady improvement in the prognosis of childhood onset type 1 diabetes over recent decades, but results from specialised centres merely emphasise the extent of our failure elsewhere.

The benefits of optimised therapy have yet to reach the majority of affected children worldwide, and as a result some 20–30% will still die of or with diabetic nephropathy, and 50% will develop visual problems or require laser therapy to protect their vision.

Type 1 diabetes may present at any age, but most commonly does so between the age of 5 years and puberty. The diagnosis is suggested by onset in childhood or early adult life, slim build, acute or rapid onset with an early requirement for insulin, and presentation in diabetic ketoacidosis or with ketonuria.

Circulating autoantibodies directed against islet constituents are present in 90–95% of cases, and more than 80% of young patients carry HLA-DR3 and/or -DR4. The diagnosis is not always clear cut, and difficulties may arise in adolescents and young adults with features of type 1 diabetes in association with characteristics of type 2 diabetes such as obesity and insulin resistance; this has been referred to as ‘double diabetes’.

Older people tend to progress more slowly to dependence on insulin, and a slow-onset form known as latent autoimmune diabetes in adults (LADA) has been described. Neonatal diabetes should be considered in children who present under the age of 18 months, and maturity onset diabetes of the young (MODY) should be considered in those with a family history suggestive of dominant inheritance of early-onset diabetes.

Type 1 diabetes affects all ethnic groups, but has in the past been most common in those of European descent, with the world’s highest incidence in Finland, followed by Sardinia. The incidence of type 1 diabetes is rising rapidly, for unknown reasons, with an approximate doubling time in Europe of 20–25 years. Rapid increases have been reported in most other populations around the world. The increase in children under the age of 5 years has been particularly steep. Boys and girls are equally affected under the age of puberty, but men are more commonly affected in young adult life. In contrast to type 2 diabetes, individual lifestyle is not known to influence the risk of type 1 diabetes.

In western populations, each child has a 0.3–0.4% risk of developing diabetes by the age of 20 years; the risk rises 15-fold to 6% in siblings of an affected child. Lifetime risks may be about twice as high as this. Some 50% of the genetic risk of type 1 diabetes is conferred by genes in the human leucocyte antigen (HLA) region on chromosome 6. Many other genes (more than 40) make a minor contribution to type 1 diabetes, and a number of these influence different aspects of immune function. Their ability to predict the development of diabetes is, however, limited.

Insulin is the mainstay of management, but will not be fully effective without due attention to food intake and exercise. Insulin therapy aims to imitate natural secretion of insulin from the pancreas by supplying constant background levels of insulin in conjunction with rapid peaks when food is consumed. This is most commonly achieved by multiple injections of long- and short-acting insulin, but can be more reliably obtained by continuous subcutaneous insulin delivery via a portable external device. 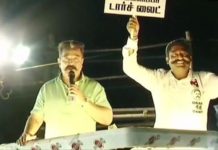