In response to a protest by seers in Ujjain, Madhya Pradesh, the IRCTC said on Monday evening that the saffron dress of servers on board the Ramayan Express, which had enraged a section of sadhus, will be changed.

The seers had already expressed strong opposition to the saffron costume worn by servers on board the IRCTC-operated Ramayan Express, calling it an “insult” to Hinduism.

They had threatened to cancel the train’s departure from Delhi on December-12 if the clothing rule was not lifted.

“We wrote a letter to the Union Railway Minister two days ago, expressing our displeasure with saffron-clad servers providing beverages and meals aboard the Ramayan Express.

“Wearing saffron robes with sadhu-like headgear and rudraksha malas (necklaces) is a disrespect to Hindu faith and its seers,” Avdeshpuri, the former general secretary of the Ujjain Akhada Parishad, told PTI.

If the servers’ saffron dress code is not amended, seers would halt the train at Delhi’s Safdarjung railway station, he claimed, adding that it is important to defend the Hindu religion.

“It is to tell that the outfit of service workers is fully changed in the look of professional apparel of service staff,” the Indian Railway Catering and Tourism Corporation (IRCTC) wrote in a retweet to a media source that aired this agency storey.

10-year-old boy killed by a leopard in MP 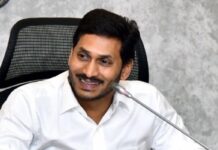