Former Prime Minister Dr Manmohan Singh was hospitalised this night after he complained of fever and weakness.
He has been admitted to the All India Institute Of Medical Sciences within the city.

Earlier this year, the 88-year-old Congress veteran and Rajya Sabha member had been admitted to hospital after he tested positive for Covid-19 during the second wave of infections.

Madhya Pradesh Chief Minister Shivraj Singh Chouhan shared his wishes
Senior Congress leader and Leader of Opposition in Karnataka Assembly wished Dr Singh a fast recovery.
Congress’s national spokesperson Abhishek Singhvi tweeted, “Concerned about the well being of Dr. #Manmohansingh, as he gets admitted to AIIMS because of emergency health situation. Praying for his speedy recovery and physiological condition.

New Covid Outbreak: Driven By Delta, May Worsen In China 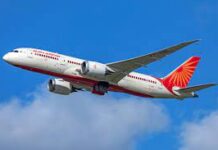 Fully Vaccinated Tourists Allowed In Iran After 20 Months Of Closure