Indian Idol 12 has been one of the most controversial seasons of all.
While the controversy did hurt the credibility of the show and the judges on its panel. It also helped the musical reality show on Sony to gain good TRP.

And now, as the season nears its conclusion, the anticipation and excitement among spectators continue to increase. Despite the slew of controversial comments from Bollywood’s top vocalists.

Regardless of the issues and accusations that the judges are biased and have always complimented the candidates on the show, it is undeniable that some of the singers are extraordinary. They have captured the hearts of elite guest judges and the public.

That is why, on Indian Idol 12, viewers are willing to put aside the fake drama and affair allegations. They watch it for the pure thrill of hearing good singing. The music reality show has been one of the most viewed shows on Indian television. In recent months because of excellent performances by Arunita Kanjilal, Sayli Kamble, and Pawandeep Rajan.

Even singers like Danish Mohammed and Shanmukha Priya, who have been extensively trolled for their singing and unwanted changes and adaptations to the original versions, have a significant fandom. According to rumors, this season’s finale program will be 12 hours long, which will set a new record.

Moreover, even before the finale, Mary Kom and Sarabjit director Omung Kumar and Bappi Lahiri had offered music contracts to Shanmukha and Arunita, respectively. As a result, despite all of the controversy surrounding the show, the candidates’ talent and hard work have guaranteed that it continues to receive positive feedback. 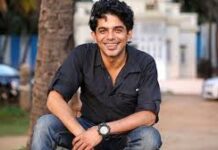 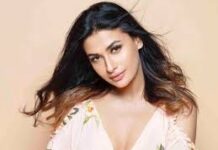