With efficient management and guidance of all the senior managers of the units, the staff contributes the most in taking the units to the respectable place, he said.

He also thanked and expressed gratitude to all the tourists coming to Madhya Pradesh on behalf of the corporation.

The company “Tripadvisor” gives this award every year by evaluating the reports received from tourists who have visited various places all over the world.

The hotels, restaurants and other places around the world are selected for Travellers’ Choice Awards based on ratings given by tourists, he said.

Tourists from all over the world participate in it every year and vote on the basis of their choice, he said.

In each category, the award is announced in each category by making a list of selected 25 cities, tourist destinations and hotels, restaurants of the world, he said.

It is worth mentioning that all the units of the corporation are provided with fully equipped guest rooms, catering, recreational activities and comfortable stay facilities for the tourists to stay, he said.

The tourists from countries especially France, Italy, Germany, Britain, Scotland etc. give priority to the hotels, etc, identified by the institution while on tour to various countries across the world, where they have confidence about the protection, rates, quantity, quality food served and protection, overnight stay in such the places. 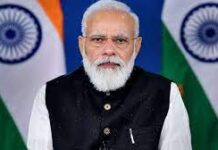