Indore, Madhya Pradesh: Priyanka Gandhi was campaigning in the state’s most populous city, Indore. When a group of people cheered “Modi, Modi” at her convoy, here’s how she reacted!

In the video, it can be seen that Ms. Gandhi’s convoy is passing by a group of BJP supporters who are sloganeering “Modi, Modi”.

Gandhi’s convoy could have easily passed by the crowd as Mrs. Vadra was anyway heading to the airport, but it decided to “voluntarily” stop.

To surprise of Modi supporters, Ms. Gandhi stepped down and greeted each supporter with a smile and a handshake.

As she shook hands with them, she said:

“Aap apni jagah aur mai apni jagah (You are where you are and I am where I am). All the best.”

Priyanka Gandhi was traveling on road in a Tata Safari SUV. As she walked towards BJP supporters, the Special Protection Group (her security personnel) followed her.

The electoral battle between Congress and Bharatiya Janata Party (BJP) in Madhya Pradesh is currently the hottest in the country. 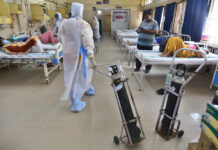 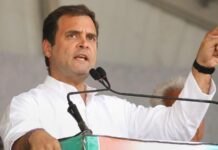 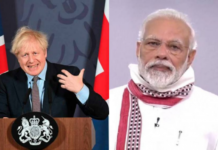