On Friday, a glacier in the Sumna region of Niti Valley near Uttarakhand’s Chamoli district broke off, killing at least eight people. The bodies were retrieved on Saturday and 384 others who were serving at a Border Roads Organisation (BRO) camp in the area until late last evening were rescued by the Indian Army.

The glacier burst due to heavy snowfall in the region, according to reports. Senior Border Road Organisation (BRO) officials are attempting to make contact with staff who were engaged in road-building activities in the region.

According to army reports, the glacier burst near the 8th ITBP post between Malari and Sumna village, near the BRO office. Rescue activities are being carried out by the Central Army Command.

According to the official, “another 150 GREF persons trapped in the BRO Camp were saved and carried to safety” during a night rescue mission “undertaken by the Army.” BRO is in charge of the General Reserve Engineer Force.

“To find people either trapped under snow or stranded at worksites after late evening,” rescuers worked until late Friday night.

People were discovered and saved in batches, according to the official. Four more batches of 37, 22, 9, and 19 were rescued and taken to safety during the night, bringing the overall count to 291 during the night.

On Friday evening, Uttarakhand Chief Minister Tirath Singh Rawat tweeted about the incident. “In Sumna, Neeti Valley, there were records of a glacier breaking apart. “In this respect, I have issued an alert. I keep in contact with the district administration and BRO on a regular basis.”

“The district administration has been directed to obtain all relevant information about the matter. “Orders have been sent to suspend work at night for NTPC and other projects so that no untoward incident occurs,” he said in another tweet.

Rawat also claimed that the incident was reported to Union Home Minister Amit Shah, who “assured full assistance to Uttarakhand” and “instructed the ITBP to be alert.”

Uttarakhand Chief Minister took an aerial tour of the site on Saturday morning. 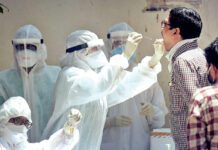 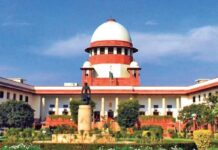 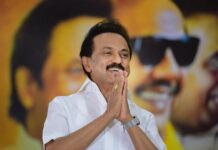 Diesel Price Crosses Petrol in India for The 1st...