A union of traders in Maharashtra has objected to the regime calling a bandh tomorrow in protest against last week’s violence in Uttar Pradesh’s Lakhimpur Kheri where four farmers were among eight people killed.
The traders’ union in a very statement today said they’re only limping back to business after intermittent lockdowns amid the COVID-19 pandemic and also the bandh would hit their earnings.

The Maharashtra Vikas Aghadi government comprising the Shiv Sena, Congress and therefore the Nationalist Congress Party or NCP is supporting the bandh. In fact, the authorities itself announced the bandh at a joint conference of the three parties.

“I request 12 crore people of Maharashtra to support the farmers. Support means all of you join the bandh and stop your work for on a daily basis,” Maharashtra minister Nawab Malik told reporters.

The authorities said everything are closed apart from essential services.
The Federation of Retail Traders’ Welfare Association or FRTWA, however, said it doesn’t support the bandh. “We oppose the killing of farmers in UP’s Lakhimpur Kheri. Whoever was chargeable for the killings should be punished. But FRTWA doesn’t support any bandh called by the Maharashtra Vikas Aghadi government,” the traders’ group chief Viren Shah said in an exceedingly video statement.

“We have suffered huge losses for the past 18 months because of lockdown. Our business is slowly reading. In middle of the festival season when customers have started commencing to buy, allow us to do our business peacefully. We appeal to the govt to permit retail businesses to stay open. We hope that shopkeepers aren’t harassed or forced to stay shut,” Mr Shah said today.
Union Minister Ajay Mishra’s son Ashish Mishra had been named during a police case filed by farmers who said he drove into a gathering of slogan-shouting demonstrators amid a peaceful black-flag protest last Sunday. 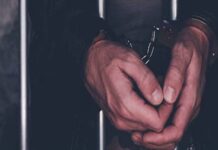