The Australian government’s decision to suspend direct flights from India has angered many Australian players and pundits competing in the Indian Premier League (IPL) 2021, which is currently underway in India. As the second wave of COVID-19 continues to threaten India, many countries, including Australia, have barred direct flights from the region.

The Australian government has apparently decided to exclude those traveling from India from entering the country in order to avoid overburdening the country’s quarantine regime.

“If our Government cared for the safety of Aussies they would allow us to get home. It’s a disgrace!! Blood on your hands PM. How dare you treat us like this. How about you sort out the quarantine system. I had government permission to work on the IPL but I now have government neglect,” Slater wrote in a tweet.

According to an article in The Australian, Slater quit the IPL bio-bubble last week and traveled to the Maldives in order to return to Australia. In IPL 2021, he will no longer be a member of the commentary team.

Earlier this year, three Australian players – Andrew Tye, Adam Zampa, and Kane Richardson – withdrew from the rest of the IPL 2021 to return home due to an increase in COVID-19 cases in India. Five players have already withdrawn from the tournament due to COVID-19 problems, including Indian spinner R Ashwin. 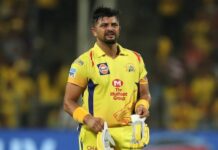 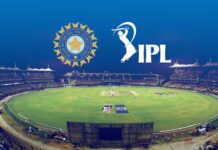 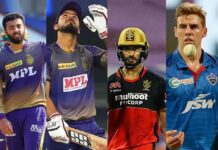