Union Minister for Youth Affairs and Sports Shri Anurag Singh Thakur took part in the send off ceremony of the Indian squad for the Birmigham Commonwealth Games (CWG) 2022 in  New Delhi.

The event was organised by the Indian Olympic Association (IOA), the governing body for Olympic sports in India.

Tokyo 2020 Olympic medallists Bajrang Punia, P.R. Sreejesh, Manpreet Singh, Harmanpreet Singh and Lovlina Borgohain were some of the star members present at the ceremony from among the 215 strong squad.

Delivering his address as Chief Guest in the function on Thursday, Anurag Singh Thakur said, “Today with the vision and tireless efforts of our popular Prime Minister Narendra Modi, Indian sports has reached a higher level globally.”

“The performance at last year’s Olympic Games was our best ever and we have seen the improvement of our athletes across sports in recent times with our own eyes. The historic Thomas Cup win was one such occasion”, he said.

He added, “This Indian CWG squad is definitely our best and strongest ever and I am confident that all our athletes will make India proud at a global stage yet again, the number of medals they win not withstanding.

We are all proud of them and the whole country will be behind them, whether in victory or in defeat. We wish you all the very best.”

The Union Minister also revealed that he was extremely happy that the CWG squad had attained gender balance with 108 men being accompanied by 107 women athletes.

During his address Rajeev Mehta, Secretary General, IOA, said, “We are confident of a strong performance by the squad. Their training and preparations have been top class and the Government of India and the Ministry of Sports have left no stone unturned to ensure that we put our best foot forward for the Birmingham CWG. I humbly express my gratitude towards them and wish all our athletes, coaches and support staff a hugely successful Games.”

Mehta also announced prize money on behalf of the IOA for the medal winning athletes at the Birmingham Games.

Some members of the squad are either already in the United Kingdom for acclimatization, training or competition as the case may be, or are engaged in their professional assignments around the world and will reach Birmigham directly.

India had won a total of 66 medals including 26 gold in the Games’ previous edition in Gold Coast, Australia four years ago, to finish a creditable third behind traditional powerhouses Australia and England.

Over 90% of the medals including 25 of the 26 gold came from the six sports of Badminton, Boxing, Shooting, Table Tennis, Weightlifting and Wrestling. Athletics, Parasports and Squash were the other medal winning sports for India.

Shooting, which gave India as many as 16 medals at the Gold Coast Games including seven gold, is no longer a part of CWG 2022, however for the very first time Women’s Cricket has been included and India will fancy their chances in the country’s most popular sport.

Besides Indian squads in traditionally strong sports like Badmintion, Boxing, Hockey, Weightlifting and Wrestling are considerably stronger than previous years if recent results are anything to go by and together, should make up for Shooting’s loss.

The Indian CWG squad has Adani Sportsline as the Principal Sponsor while JSW Inspire as the Principal & Kitting Sponsors. Herbalife Official are the Nutrition Partner Manyawar are the Ceremonial Kitting Partner & Adidas are the performance footwear partners. INOX & Amul are Associate Sponsors, Borossil as Hydration Partners and SFA as Sports Ed-Tech Partner.

India : GeM portal will bring transparency into the cooperative sector 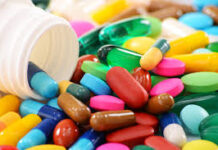 China Bans Muslim From Fasting In Ramzan In Xinjiang