Amazon also highlighted its export program, which it said had helped over 70,000 Indian businesses – many from smaller cities and towns – sell ‘made in India’ products across the globe.

“Amazon’s exports program is witnessing rapid momentum… today there are 70,000+ exporters from metros yet as Tier II, III and IV cities, selling crores of ‘made in India’ products to customers in 200 countries across the planet – truly taking (it) global.”
Earlier today Panchjanya’s Hitesh Shankar tweeted the front cover of the magazine’s latest issue – it showed Amazon CEO Jeff Bezos and therefore the headline “#Amazon: East Indies Company 2.0”.

The accompanying tweet said allegations Amazon’s legal representatives bribed Indian officials, and asked: “What did it (the company) do wrong it needed to bribe… Why do people consider this company a threat to indigenous entrepreneurship, economic freedom and culture?”
Mr Shankar has since released a video statement on the magazine’s Twitter account within which he says the report on Amazon’s “threat” is “a factual story”.

“It could be a factual story which we’ve got put before the readers. How did over 40,000 shops close because of one company… How did one company – through numerous shadow companies – promote selected brands (that) have captured around 95 per cent of the market…” he said.

“Our Indian culture is for diversity… and it’s a vicious circle to crush that diversity. Our cover story is an endeavor to show this vicious circle,” he declared.
The article has also been backed by the Confederation of All India Traders, or CAIT, which said it “greatly appreciated” the duvet story which it “corroborated” the group’s claims that Amazon and Flipkart are “trying to become second edition of archipelago Company in India”.

“… may be a matter of proven fact that business model of those two companies are similar (to) that of East India Company – selling goods at cheaper rate no matter the standard… killing competition… and monopolising the market in their favour…” BC Bhartia, CAIT National President, said.

“This is strictly what Malay Archipelago Company did… both Amazon and Flipkart want to invade our country’s econom(ic) and social culture…” the CAIT chief declared.
Indian brick-and-mortar retailers have frequently accused Amazon, and rivals Flipkart, of favouring select, usually large-scale, sellers to the disadvantage of smaller businesses and stores.

In August the Supreme Court refused to halt an inquiry into Amazon and Flipkart’s business practices, rejecting demands to pause a contest Commission of India (CCI) probe.
In April, Reuters reported Amazon said it might commit around ₹ 1,860 crore to small businesses; this was daily after trader groups representing around six lakh sellers protested a virtual event organised by the corporate to showcase opportunities to sell online.

A Reuters report published in February revealed Amazon had given preferential treatment to atiny low group of sellers in India and used them to avoid strict foreign investment regulations.

Amazon has said it “does not give preferential treatment to any seller on its marketplace”.

Last week the govt. said the costs would be fully investigated.

Amazon has launched an enclosed inquiry similarly.
This is not the primary time Panchjanya – which has roots within the RSS, the ruling BJP’s ideological mentor, has taken on a company giant.

Earlier this month, it lashed out at Infosys – an information technology behemoth widely seen mutually of India’s biggest success stories within the global profession.
The government and therefore the RSS moved to distance itself from the article; minister Nirmala Sitharaman called it “not right” and a RSS spokesperson said the magazine “is not a mouthpiece”. 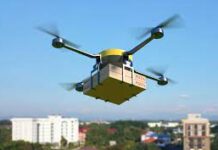 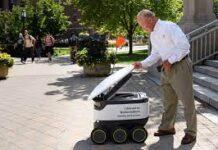 Artificial Intelligence will fasten Economy of the country!