Manual counting of panchayat election votes started at 8 a.m. on Sunday at 829 polling stations across Uttar Pradesh, with the State Election Commission (SEC) stating that it was strictly following the Covid-19 protocols. The commission stated that candidates and their followers were only permitted to enter the centers after viewing unfavorable Covid-19 results, including several reports of violations of the rules. Many who had received all Covid-19 vaccination shots were also permitted.

“The results of the village pradhans [heads] election will be available from late Sunday night. The results of kshetra [regional] panchayat and Zila [district] panchayat representatives may not be available until May 3 [Monday],” said an unnamed SEC official. He mentioned that counting for 58,176-gram pradhan (village heads), 7,32,485 village ward members, 75,852 kshetra panchayat members, and 3,051 Zila panchayat members began simultaneously in all 75 districts.

“The counting will continue until the last result is received,” he said, adding that the first results could arrive as early as Sunday night.

More than 1.2 million candidates were in the fray. As many as 45,00,00 of them tried their luck for the posts of gram pradhans.

Manoj Kumar, the state election commissioner, released guidelines for the counting on Friday, mandating the establishment of health desks in all polling stations. They also oversaw the availability of drugs and the deployment of physicians.

“Anyone with symptoms such as a cough or a fever was refused admission. “Everyone was allowed in after thermal scanning and a Covid report or a vaccine status check,” a second official said on condition of anonymity.

According to officials, district magistrates have been given the authority to take action against those that violate protocols.

Before the counting, officials met with the heads of various staff unions to ensure them that all Covid procedures would be observed. The meeting’s aim was to instill trust in government teachers and other personnel involved in counting.

The president of a teachers’ union, Dinesh Chandra Sharma, said that they would follow the Supreme Court’s order and participate in the counting. “However, if the teachers believe that the Covid protocols were violated, they would boycott counting.”

The Supreme Court declined to stay the vote counting on Saturday, despite the SEC’s promise that Covid-19 protocols would be implemented in all counting centers.

The court requested a report from the state government and the SEC on Friday in response to a petition seeking guidance for adherence to Covid-19 protocols during the vote counting for the four-phase elections that ended on April 29. 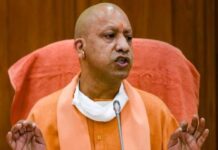 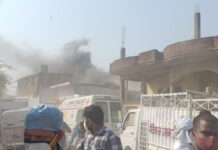 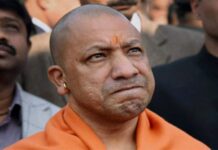 UP CM Adityanath Gets death threats

Agra: Man harassed by women, posts on FB about...