The Namami Gange Programme (NGP) is dynamic and evolving in nature to address the emerging needs and priorities for rejuvenation of river Ganga & its tributaries.

Under NGP, State level annual action plans are prepared and projects are developed by the States and taken up for implementation after due approval process and efforts are made to complete the projects by their scheduled timelines.

Under NGP, State level annual action plans are prepared and based on that it was targeted that 127 sewerage and Ghat/crematoria projects were to be completed from 2019-20 to 2022-23. Out of the targeted 127 projects 80 projects have been completed till date.

Funds are being provided to the Ganga bank State Forest Departments of Uttarakhand, Uttar Pradesh, Bihar, Jharkhand and West Bengal for afforestation works along the river Ganga based on APOs (Annual Plan of Operation) submitted by States. Till date, 30,071 hectares area has been covered with plantation under the Namami Gange programme.

NMCG has taken up scientific research/studies towards rejuvenation of river Ganga. Some of important studies taken up are – Special and non putrefying of properties of river Ganga by CSIR-NEERI, Generation of High Resolution DEM and GIS ready Database for part of River Ganga for NMCG- ( By Survey of India), GIS based mapping of microbial diversity across the Ganges for ecosystem service by CSIR- NEERI, Rapid Assessment of Sand Mining and its impact on the Ganga river using Drone Technology by IIT-Kanpur and Pilot TADOX technology in textile sector by TERI.

The union government has launched Namami Gange Programme, an integrated umbrella programme, aimed to ensure effective abatement of pollution and conservation of river Ganga and its tributaries by adopting a river basin approach.

Under Namami Gange comprehensive set of interventions in the areas of wastewater treatment, solid waste management, river front management (ghats and crematoria development), e-flow, afforestation, biodiversity conservation and Public Participation etc. are being taken up for the rejuvenation of river Ganga.

Further, for aquatic biodiversity conservation, 7 projects at an estimated cost of Rs.162.79 crore have been taken up under Namami Gange.

These projects aim at Planning and management for aquatic species conservation and maintenance of ecosystem services in the Ganga river basin.

In addition, four (4) rescue and rehabilitation centres for aquatic species have been established.

This information was given by the Minister of State, Bishweswar Tudu in a written reply in Lok Sabha on Thursday. 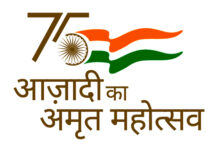 BIS to start 10000 Standards Clubs in the schools 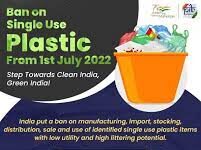 Ban on Single Use Plastics

BIS to start 10000 Standards Clubs in the schools

Visitors cleared; Taj briefly shut down after threat of...