In response to a rise in COVID-19 incidents, the Uttarakhand government mandated on Tuesday that people arriving from 12 states have negative RT-PCR test results no older than 72 hours.

People coming from these states, including those living in Uttarakhand, must strictly adhere to the protection and social distancing norms outlined by the Home Affairs and Health Ministries, as well as the state government, according to the advisory.

Violations will be prosecuted under the Disaster Management Act of 2005, the Epidemics Act of 1897, and related provisions of the Indian Penal Code, according to the statement.

Persons over the age of 65, people with co-morbidities, pregnant mothers, and children under the age of ten are urged to fly only in emergency situations, according to the guideline.

It was also mentioned that the district administration will make preparations for random COVID-19 testing at the airport, train stations, and all border checkpoints.

According to the advisory, if an individual is found positive for COVID-19, the standard operating procedure for further care must be followed.

It does, however, note that there will be no restrictions on the inter-and intra-state movement of basic resources and commodities.

In addition, the official stated that the February 26 order regarding the “SOP for prevention and control of COVID-19 during the Maha Kumbh Mela 2021 at Haridwar” will be strictly followed.

Novel coronavirus has so far infected 1,00,911 people in Uttarakhand. A total of 95,455 people had recovered. Unfortunately, 1,719 people in the state have died as a result of this deadly virus. 2,236 people are currently being treated in hospitals. 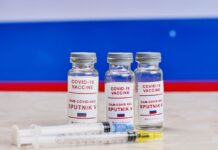 Uttar Pradesh closes school up to class 8th amid...